Lorna Crozier has been made an Officer of the Order of Canada for her contributions to Canadian literature, her teaching and her mentoring with five honourary doctorates, most recently from McGill and Simon Fraser Universities. Her books have received numerous national awards, including the Governor General’s Award for Poetry. Her book, What the Soul Doesn't Want, was nominated for the 2017 Governor General's Award for Poetry. In 2018, Lorna Crozier received the George Woodcock Lifetime Achievement Award. Here are Lorna's poetry picks for this year's National Poetry Month. 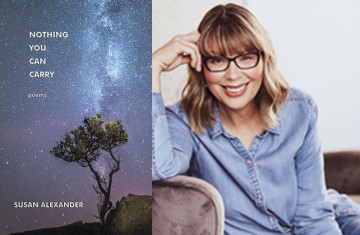 Nothing You Can Carry by Susan Alexander

Susan Alexander’s poems in Nothing You Can Carry are propelled by a tough, sinewed faith that pushes through and survives her acknowledgement that we are killing the earth and that finds itself renewed in the sensual and familial. With a deft touch and a wisdom tinged with sadness, she delineates “This life from loss. This living / plaited with the dead.” 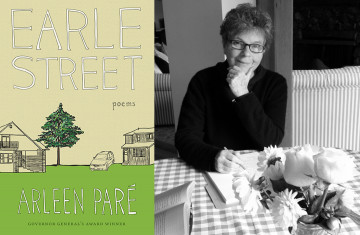 In her new book of poems, Earle Street, Arleen Paré focuses on a street in Victoria and uses its particularities to philosophize, meditate, and interweave the past with the daily activities that bring a neighbourhood to life. She reveals with striking linguistic turns and a discerning eye how the place where one lives both shelters and disorients. 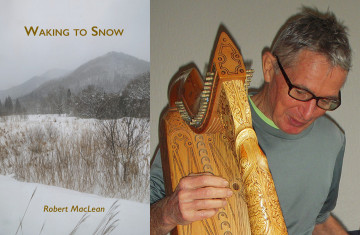 Waking to Snow by Robert MacLean

The poems in Robert MacLean’s Waking to Snow are so tender and delicate they’ll break your heart. Chronicling the twenty-five years he lived in Kyoto (interrupted by visits to his aging parents in Canada), the poems, with beautiful minimalism, capture the preciousness and brevity of the seasons we pass through.

Stand with us in the defense of Canada's cultural and economic interests.
Join our movement
Up Next
Self-medicate with laughter
Friendly Brief