That's why we feel it's a good time to turn to a few of our favourite Canadian humourists for this week's recommendations. Laughter is proven to trigger physiological changes in our body that improves overall health. It opens up our blood vessels and improves blood flow. It releases hormones like dopamine for pleasure and serotonin for better moods. And it facilitates social bonding—something we all rely on to stay connected under lockdown. Here are three classic reads by Canadian writers that are sure to lighten the mood. 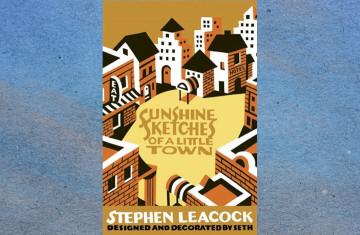 Sunshine Sketches of a Little Town by Stephen Leacock

Between 1915 and 1925, Stephen Leacock was the best-known English-speaking humourist in the world. Originally born in the Isle of Wight in southern England, Leacock came to Canada with his family when he was six. They settled in the small town of Sutton, Ontario, which may have formed the foundation for Sunshine Sketches of a Little Town. The book first appeared as a newspaper serial and chronicles life in the fictional community of Mariposa, modelled on Orillia, Ontario. Life in Mariposa is never dull or ordinary. It's a town full of eccentrics, where boats sent to rescue passengers from a sinking steamer have to be rescued themselves, where the leading citizen is a 280-pound illiterate saloonkeeper, and where a barber who stumbles into a fortune is heralded as a financial wizard. 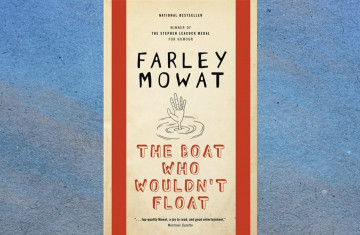 The Boat Who Wouldn't Float by Farley Mowat

Among Mowat's most lasting legacies is perhaps his famous proclamaition that he "never let the facts get in the way of the truth," which earned him harsh criticism. And perhaps it is this bold stance on facts that made him one of the most accomplished Canadian writers, with his works translated into 52 languages. In The Boat Who Wouldn't Float, Mowat casts himself as the protagonist of a farcical adventure in which he tries to journey from Newfoundland to Lake Simcoe in Ontario in a boat that did everything but sail as a boat should. Mowat's humorous tales of his travels earned him the 1970 Stephen Leacock Memorial Medal for Humour. 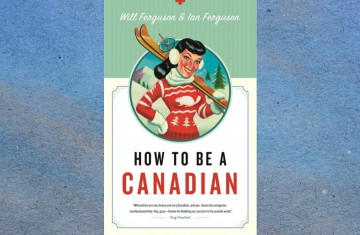 How to Be a Canadian: Even if You Already are One by Will Ferguson and Ian Ferguson

Will Ferguson's Why I Hate Canadians, published in 1997, was a runaway bestseller. And when fellow legendary writer Margaret Atwood suggested he follow it up with a tongue-in-cheek guide for newcomers on how to be Canadian, he recruited his brother Ian Ferguson, comedy writer, creator, and executive producer of the television series Sin City. Together, their efforts produced what maybe one of the most endaring and hilarious study of that most peculiar of creatures — the quitessential and ever so polite Canadian.

Stand with us in the defense of Canada's cultural and economic interests.
Join our movement
Up Next
World Radio Day
Friendly Brief