In reality, it could be hard to pinpoint where or when a wrong doing occurred. A victim may not realize they are one until much later. And the legal justice system—meant to protect the most vulnerable—have loopholes that allow wrongdoers to get away scot-free. To commemorate World Justice Day on February 20, we've selected three Canadian-made films that untangle the complexity of what "justice" means and its pursuit for different individuals. 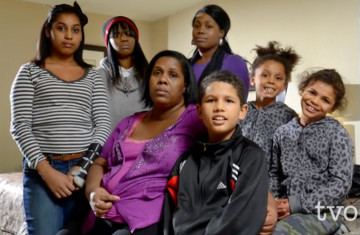 Toronto lawyer Davin Charney is on a mission: to make sure that those who are wrongly accused of a crime don't spend the rest of their lives sheding the stigma that comes with having a criminal record. In Ontario, 44% of those arrested for a crime eventualy have their charges dropped. But they'll have a criminal record that will effect their prospects of getting a job, a bank loan, renting a place, and much more. Follow Charney as he navigates the province's complex criminal justice system to ensure that those who have been wrongly charged are given justice and fair compensation. 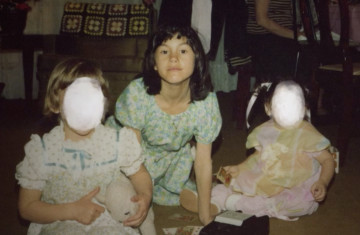 "Your body protects you by not letting you remember all of these awful things that happen, and a lot of awful things happened to me," says Nakuset, the central character in this CBC short. When she was a child, Nakuset was taken from her family in Thompson, Manitoba and adopted into a Jewish family in Montreal through the Adopt Indian and Métis (AIM) program. Her attempts to find out where she came from were met resistance by her parents; she was brought up to feel ashamed of her Indigenous identity. As an adult, Nakuset began to reconnect with her Indigenous identity, with the helpf of her Jewish grandmother. 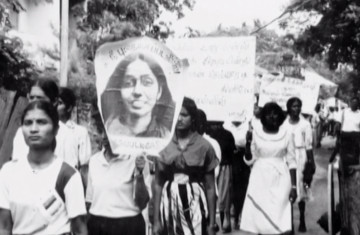 No More Tears Sister: Anatomy of Hope and Betrayal (78 minutes)

Dr. Rajani Thiranagama was a mother, anatomy professor, fierce human rights activist. And at 35, she was assassinated by the Tamil Tigers for her criticism of their atrocities. She initially became involved with the Liberation Tigers of Tamil Eelam (LTTE), but soon became disillusioned by the violence metted out to civilians on all political fronts. Having changed her stance with regards to the Tamil liberation movement, she co-authored the book, The Broken Palmyra which documented the violence in Jaffna in the 1980s. In this NFB documentary, we learn who Dr. Rajani Thiranagama was before her death.

Stand with us in the defense of Canada's cultural and economic interests.
Join our movement
Up Next
World Radio Day
Friendly Brief