The 1967 World's Fair, better known as Expo 67, took place at Montreal’s iconic Parc Jean-Drapeau to mark Canada’s 100th anniversary. More than 50 million visitors came, making it one of the most successful world's fairs of the 20th century. The theme of the fair was “Man and His World,” manifested in bold and expansive installations like Buckminster Fuller’s geodesic sphere, which is still one of the park’s main attractions. Crowds were treated to performances by the biggest headliners of the day like Thelonious Monk, The Grateful Dead, and Jefferson Airplane.

The site of Expo 67 was fully rebuilt in summer 2019; dubbed Espace 67, the park was redesigned to engage the public through every day use and a range of events. While visiting the park is not entirely possible at the moment, you can still go on a personal retrospective of the expo without leaving your home. Here are a few highlights to get you started. 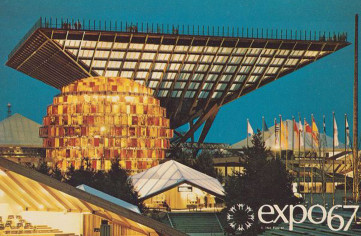 Although the way 1960s Canada imagined its future was almost childlike in its optimism, I can trace the current state of our environment to the broad forecasts in this short film. The predictions on how technological advancements, the exploitation of natural resources, work and leisure will factor into our future are, at times, rather accurate. For example, when the narrator confidently proclaims that Canadian forests are inexhaustible even though hundreds of thousands of trees are cut each year, I immediately think of the climate crisis besieging vulnerable populations across the globe. Some of the predictions do offer something exciting to look forward to, especially as I type on my computer, email my colleagues and send out e-newsletters to FRIENDS supporters like you. “Perhaps in the future,” the narrators augurs, “science and technology may bring complete freedom from work.” Now that’s something I’d love to see become a reality! — Shazlin Rahman 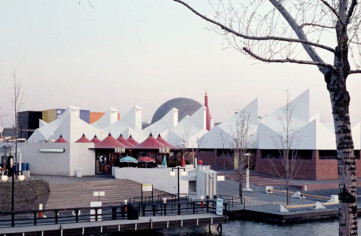 If you’re looking for a quick and easy ride through Expo 67, this is the film for you. Devoid of any narration or editorial comments, Impressions of Expo 67 is an eight-minute immersive tour with sights and sounds that will make you feel like you’re there in person. Walk through the expo’s many exhibits, take in Alexander Calder’s massive Trois Disques sculpture, take a ride in a Vaporetto (Italian for water bus), and fly over the entire expo in a helicopter. The highlight for me are the fashion choices — it’s fascinating to see what real people wore to an international event in 1967. — Shazlin Rahman 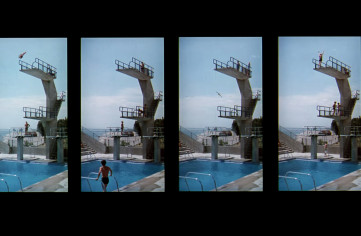 Expo 67 was meant to showcase Canadian innovation, and there’s no better example than this short movie by Christopher Chapman highlighting the industry, culture and people of Ontario. Commissioned by the provincial government, it’s much more than a simple corporate promotional film. Chapman filmed for over a year, then condensed his footage into 18 minutes by using cutting-edge techniques to place up to 15 images on screen at once. The film was screened at the Ontario Pavilion, projected in 70mm format on a seven-story screen, using nine synchronized projectors — a precursor to IMAX. It went on to win an Oscar for Best Live Action Short and inspire a generation of Canadian filmmakers. But many of us know it best for its theme song, composed by Dolores Claman, which has remained the unofficial song of “Ontario-ari-ari-o.” — Liisa Ladouceur

Stand with us in the defense of Canada's cultural and economic interests.
Join our movement
Up Next
CBC Podcasts to listen to while social distancing
Friendly Brief