(Toronto) Scarborough’s Radiyah Chowdhury has won the 2020 Dalton Camp Award for her essay The Forever Battle of a Journalist of Colour, a powerful first-hand account of the systematic barriers faced by racialized journalists in Canada.

The Dalton Camp Award is a $10,000 prize for the best essay on the link between media and democracy, presented annually by Friends of Canadian Broadcasting.

Radiyah is a writer, producer and poet from Scarborough, Ontario with a bachelor’s degree in journalism from Carleton University who currently works as Assistant Editor at Chatelaine. The Forever Battle of a Journalist of Colour confronts how principles of objectivity place Black, Indigenous and people of colour in newsrooms in an “impossible” position.

“It feels like Canadian journalism asks something almost impossible of people of colour. It asks them to set aside the traumas they face on a daily basis for the sake of an industry largely created by white people. To legitimize viewpoints that denounce their very existence in the name of balance. To be less human in the most important ways they know how. And I don’t know how to do that.” — An excerpt from The Forever Battle of a Journalist of Colour.

The Toronto Star has published the winning essay in its print edition Saturday. It is available in full here.

“I’m honoured to accept this year’s Dalton Camp Award,” says Chowdhury. “When I first submitted this essay in early March, I had no idea what was to come. As Canadian media has reported on systemic racism in this country, it’s also been called to account for its role in both perpetuating it and being complicit. This essay is my experience, but I am not alone.”

This year, FRIENDS introduced a second prize of $2,500 for best essay by a student in a post-secondary journalism programme.

The winner of the first Dalton Camp Award for Best Student Journalist essay is Victoria, BC’s Fiona O’Flynn, a student at Ryerson University, for her essay A Generation Without Wonder, a reflection on social media, accountability and youth participation in our democratic culture. 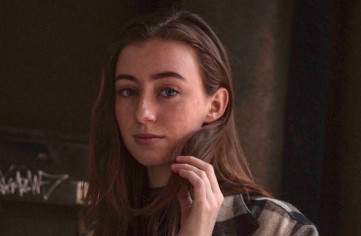 The Dalton Camp Award was created in 2002 to honour the memory of Dalton Camp, a distinguished commentator on Canadian public affairs. Winners were chosen from amongst 200 entries, by a six-member jury: Gene Allen; Michael Barclay, Kathy English, Jane Hilderman, Stephen Kimber, and Hannah Sung.

“Critical thinking, and especially professional journalism, are key ingredients in maintaining a healthy democracy, says FRIENDS Executive Director Daniel Bernhard. “It is our pleasure to be awarding this prize to two exceptional writers for their reflections on the future of journalism in Canada.”

The Toronto Star is the official media partner for the 2020 Dalton Camp Award.

Friends of Canadian Broadcasting is a watchdog group advocating for Canadian public broadcasting, journalism and storytelling on air, and online. Friends enjoys the support of 364,000 Canadians and is not affiliated with any broadcaster or political party.

To schedule an interview or for more information, contact Jim Thompson [email protected] 613-447-9592

Stand with us in the defense of Canada's cultural and economic interests.
Join our movement
Up Next
Lessons from Canada's older adults
Friendly Brief