When asked about his thoughts about National Indigenous Peoples Day, CBC columnist Jesse Wente had this to say: “In my house we call the National Indigenous People’s Day ‘Friday’ because we celebrate being Indigenous every day.” Although he said that half in jest, it’s a sober reminder that our celebration of Indigenous peoples, their history, culture and present realities shouldn’t be limited to a single day or month of the year. Nevertheless, June 21 is an important day for all Canadians to participate in truly learning about the critical role of Indigenous peoples in our national identity. To mark the occasion, we’re recommending an APTN documentary series, a zombie thriller and touching coming of age drama centred on the friendship between two Inuit women. 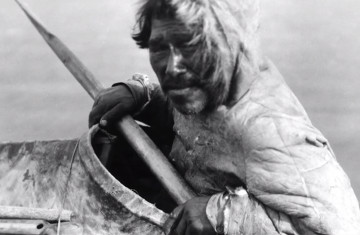 1491: Untold Stories of the Americas Before Columbus (documentary series)

Based on a book by the same title, this documentary series brings to life the complexity, diversity and interconnectedness of Indigenous peoples in the Americas before the arrival of the Spanish colonizer Christopher Columbus. Each episode will feature eight distinct documentary segments presented through a combination of interviews with prominent Indigenous interpreters and dramatic re-creations that expand on the theme of the episode that include the environment, architecture, governance, science and technology. Given the critical gaps in Canada’s history and institutional memory about Indigenous peoples, this series is essential for anyone interested in truly understanding the foundations of our identity as a country.

You can watch the entire series on APTN. 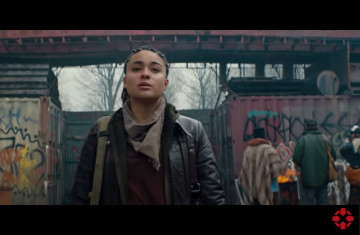 Films in the zombie thriller genre typically follow a tried and true storyline: humans are besieged by the zombie virus, governments collapse, and a small group of survivors are left to fend for themselves. Sometimes scientists find a cure, sometimes they don’t. With Blood Quantum, writer/director Jeff Barnaby gives this run-of-the-mill plot a fresh take by nestling it against the backdrop of Canada’s contentious socio-political relationship with Indigenous peoples. In the film, Indigenous peoples are immune to the virus while white people are ravaged by it. Sheriff Taylor (played by Michael Greyeyes) becomes the reluctant hero fighting to defend the Mi’gMaq reserve of Red Crow where he and his family live. The term “blood quantum” refers to the often contentious measurement of the amount of "Indigenous blood" a person has. It can determine the government benefits they can access and even whether they’re allowed to live on reserve. Using it as a title for a film where Indigenous blood is key to the survival of the human race feels like a reappropriation that’s both clever and long overdue.

You can rent or purchase Blood Quantum on Amazon.

More great Canadian content to enjoy with your family: 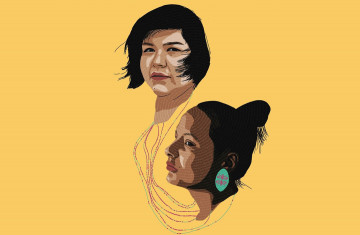 Kuessipan is filmmaker Myriam Verreault's first narrative feature, adapted from Naomi Fontaine's acclaimed novel. Mikuan and Shaniss are inseparable best friends growing up in a Quebec Innu community. The bonds of their friendship get tested when their ambitions diverge and Mikuan falls in love with a white boy. The new love interest quickly disrupts the comfortable dynamic between the two women and they’re forced to make difficult decisions. Told through an Indigenous lens, Kuessipan is a coming-of-age drama that is both bittersweet and highly relatable, no matter what your upbringing.

Stand with us in the defense of Canada's cultural and economic interests.
Join our movement
Up Next
Spotlight on Black Canadians' experiences
Friendly Brief