Canadian Music Awards season is in full swing. Last week, the Polaris Music Prize released its short list of 10 albums nominated for this year’s prestigious $50,000 award. The East Coast Music Awards honoured music from the Maritimes on CBC Gem with an on-line presentation hosted by Mary Walsh. And on Thursday July 23, the Prism Prize celebrates Canadian music videos with a virtual awards ceremony. Unless you have a car and you’re lucky enough to live near one of the few drive-in concerts that have started to take place across the country, experiencing music this summer will continue to happen on-screen. And a great way to keep connecting with your favourite artists is to binge on their music videos. Here are three suggestions for great songs with stunning visuals to match. 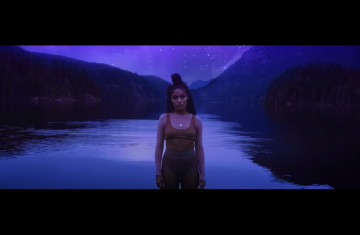 It’s a golden age for Canadian R&B music, and Toronto’s Jessie Reyez is one of the scene’s brightest stars, with critical and commercial accolades including a Grammy nomination, multiple Juno Awards, collaborations with Eminem and writing a number one hit for acclaimed producer Calvin Harris. The 29-year-old singer and songwriter was just named to the Polaris Music Prize short list for her debut album, "When Love Came to Kill Us", which was accompanied by a series of cinematic, highly impactful music videos. While much of her video work could be classified as short films, often with violent narratives, this clip for her single “Love in the Dark” is beauty simplified, with Reyez swimming under the shadows or mountains and a galaxy of stars.

Watch "Love in the Dark" here. 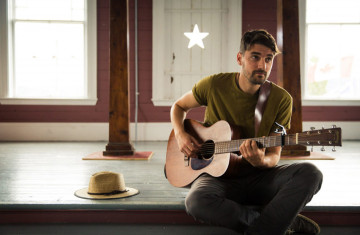 An explainer appears at the beginning of Tim Baker’s music video for “All Hands”: “In Newfoundland, we often say this, meaning ‘everyone.’” In recognition of the many hands that went into the creation of his music career, and first solo album, the singer for Newfoundland rock band Hey Rosetta! gathered dozens of his family, friends and colleagues to appear in this clip, which just won Video of the Year at the 2020 East Coast Music Awards. Beautifully shot in situ in individual living rooms, yards, studios and shops, it’s a heartwarming portrait of a community, and a perfect accompaniment to the good vibes of Baker’s uplifting folk song. Full warning: may inspire kitchen dancing.

How Canadian musicians are spending their downtime: 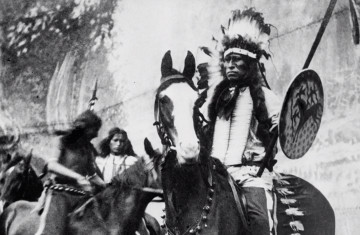 What was Canada’s first music video? Many cite The Ballad of Crowfoot, a short film by Willie Dunn produced by the National Film Board’s ground-breaking Indian Film Crew program in 1968 (a full 16 years before Canada got the music video channel MuchMusic). Dunn was a folk singer of Mi'kmaq and Scottish/Irish background, whose mournful ballad is set to a montage of archival black and white photos documenting the harsh life and death of the Indigenous peoples of Western Canada through the 1800s and 1900s, climaxing with newspaper headlines from the 1960s documenting such tragedies as child abuse and lack of housing. Dunn’s video is getting renewed attention courtesy of The Prism Prize, which recognizes the best of Canadian music videos. This year's prize debuts The William Dunn Award, to be given to a trailblazer in this field. Watch The Ballad of Crowfoot on the NFB site and catch the full Prism Prize award ceremony July 23 at 8pm EST.

Watch The Ballad of Crowfoot here.

Stand with us in the defense of Canada's cultural and economic interests.
Join our movement
Up Next
Artist Julian Taylor's recommendations for the summer
Friendly Brief