These days, anywhere I go in Canada, when I tell people I’m from Thunder Bay, I am very often met with looks of shock—looks indicative of strong feelings about the city.

Five years ago, if I’d said I was from Thunder Bay, I would have got no such reactions. In a very short period of time, Thunder Bay has gained national attention, and developed a reputation for its social and political issues.

This, I am sure, is thanks in no small part to the work of independent journalists.

I say this because more often than not, the strong looks I receive at mention of Thunder Bay are accompanied by statements like, “Oh, that’s where the Indigenous kids keep dying, right? I read about that.” Or “I listened to this amazing podcast about that place.” Authors and storytellers like Tanya Talaga and Ryan McMahon have helped to raise public consciousness around the injustices taking place in the city. This, in turn, has prompted major media publications in Canada to increase their coverage of Thunder Bay as well; The Globe and Mail has even opened a news bureau in the city.

Authors and storytellers like Tanya Talaga and Ryan McMahon have helped to raise public consciousness around the injustices taking place in the city. This, in turn, has prompted major media publications in Canada to increase their coverage of Thunder Bay as well.

Growing up in Thunder Bay, I rarely, if ever, saw stories highlighting issues like racism, corruption and failures of the city, despite their importance and longstanding presence. When I think back to the sources of media accessible to me during that time, I more clearly realize why that is.

For a long time, especially before digital news was as prevalent as it is today and social media gave everyone platforms to share stories, it was primarily local media that had control of all the narratives being told to a community. There were no books written, widely circulated articles being published or podcasts being made; there were just the few local newspapers and radio stations. 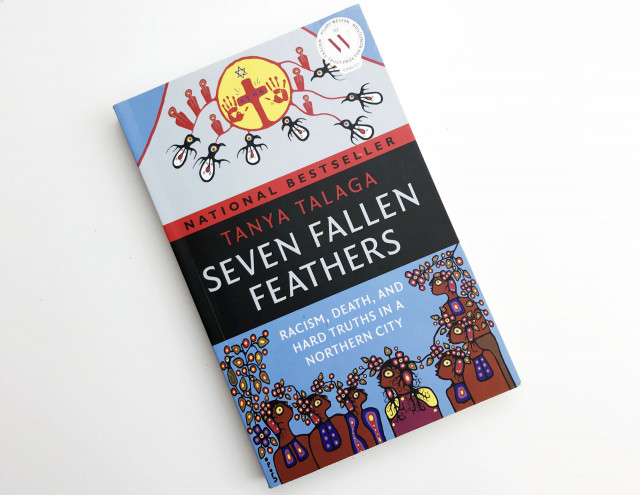 Thunder Bay, to this day, has an extremely difficult time accepting the ways the city sustains racism and violence. Not long ago the local newspaper, the Chronicle Journal, published a piece calling Thunder Bay “the Scapegoat of a Nation,” in which the writer denied the deadly impacts of racism in the city.

Even with heightened public scrutiny and educational resources about the colonial history of Canada more accessible than ever, much of the local population still feels that the way most media covers Thunder Bay is an unfair, untrue representation of what the city is really like. That perception has greatly informed what stories the local media chose to cover.

Without an increasingly diverse media landscape taking root in the city, I am not sure when or if the stories of injustice in Thunder Bay would have gained the attention they have today. It is a great example of why independent reporting is so critical, especially in small, isolated or rural communities: without it, important stories go unheard, systems of power are less likely to be held accountable and changes happen much more slowly.

Without independent journalism, important stories go unheard, systems of power are less likely to be held accountable and changes happen much more slowly.

The increased coverage in Thunder Bay should be considered a win for advocates of increased media coverage in small, isolated and rural communities, certainly—but it’s the win of a battle, not of a war, as there are cities just like Thunder Bay in every province and territory, facing issues that no one is talking about.

If only five years ago most of the country had no idea about the injustices taking place in what is now likely one of Canada’s most infamous cities, imagine what could be uncovered if we spent five more years fostering a media landscape that serves under-reported communities.

Those are stories, and communities, worth fighting for.

A journalism crisis is threatening Canadian democracy.
Let's close the tax loophole!
Up Next
Where’s local news in the Facebook age?
Editorial