My five-year-old niece woke up one morning and asked her mom, "So, what are we doing today?" That was in March, two weeks into life under homeschooling and lockdown. Even though video conferencing allowed her to see some of her friends and teachers, being home all day every day was making her a little restless. Parents and caretakers would have settled into some sort of routine by now. Nevertheless, news that schools won't be reopening as soon as we'd hoped might spark a fresh wave of restlessness for both kids and adults. Lucky for us, CBC has no shortage of educational kids programs to help your little ones learn and have fun at the same time. Here are a few fun recommendations from the FRIENDS team for shows to watch on your next homeschool lunch break. — Shazlin Rahman 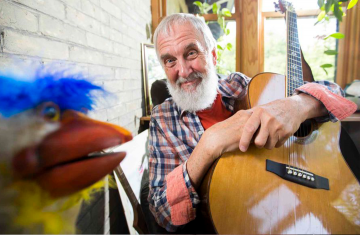 Fred Penner is easily the Canadian icon when it comes to children's entertainment. For four decades, Penner has kept children dancing and singing along to his infectious tunes about things that seem simple but are loaded with important lessons: You can make music with simple utensils like spoons, but it takes practice to be good at it, just like everything else in life! Now there are parents who grew up with Penner's music and are playing his songs to their own kids. Penner was in the middle of his The Cat Came Back forty-year anniversary tour this past March when social distancing measures were rolled out across the country. Knowing Penner, I have no doubt he'll jump right back on stage as soon as it's safe to do so. In the meantime, here's an episode of CBC's Fred Penner's Place featuring the song "Sandwiches are Beautiful" — a favourite since I was four years old. — Daniel Bernhard, Executive Director

Fred Penner's Place is available for free on CBC Kids. 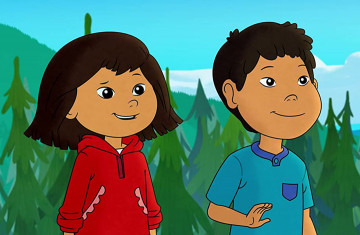 If you enjoyed Daniel's pick, here are a couple more shows you might enjoy with your little ones:

Molly of Denali follows 10-year-old Molly Mabray, who has cultural heritage from three Athabascan groups (the Gwich’in, Koyukon and Dena’ina), as she and her friends explore their surroundings and Native culture. The American-Canadian co-production was recently nominated for the prestigious Peabody Award as one of only two programs nominated in the Children’s & Youth Category. It is the first nationally-distributed children’s series in the U.S. to feature an Indigenous lead character. In fact, all Alaska Native characters in the show are voiced by Indigenous actors, and more than 60 Alaska Natives contributed to the series as writers, producers, actors, musicians, and language and cultural advisors. — Shazlin Rahman

More Canadian-made shows to enjoy with your family: 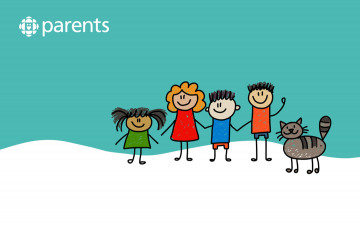 If you're tired of having your kids look at screens all day, here's an incredible playlist of ideas for fun ways to get theirs and your hands dirty. CBC Parents is a treasure trove of easy and kid-friendly projects, from simple nutritious recipes to crafts using items you probably already have lying around the house, like coffee filters and water bottles. Bonus: there are also exercise videos for parents that don't require leaving the house or any exercise equipment — perfect for life under lockdown. — Shazlin Rahman

Stand with us in the defense of Canada's cultural and economic interests.
Join our movement
Up Next
Documentaries with a dose of reality
Friendly Brief