According to the supermarket greeting card aisle, fathers are mustachioed men who wear ties and prefer beer over wine. In reality, we know that fathers and fatherhood are much more complicated. Some of us grew up with fathers; some have less-conventional but equally important father figures to guide them through life. Today’s socio-political climate has effectively dismantled traditional notions of what the role entails, both in the family unit and in society at large. To celebrate Father’s Day, we bring you three documentaries that tease out the intricacies of fatherhood — including a boxer nurturing a love for Nakoda culture in his children to an immigrant father who struggled to make ends meet but ended up building a business empire. 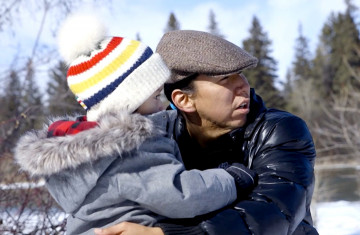 In Nakoda, there is no such thing as “fatherhood” or “motherhood” — only parenthood. And according to Nakoda boxer and father of two Thomas Snow, parenting is quite similar to boxing: you don’t get to stop until the bell rings and the round ends. Although Snow lives away from his community, he gleans wisdom from his upbringing in the Stoney Nakoda First Nation community of Mînî Thnî, also known as Morley, west of Calgary. He speaks to his children in Nakoda so that they not only grow up within Nakoda culture, traditions and ways of thinking, but they’ll also become responsible contributing members of their community and extended family. Against the backdrop of Canada’s historical treatment of Indigenous communities, Snow’s personal endeavour to inculcate his children with Nakoda culture is critically important to its survival.

Watch the documentary on CBC Gem.

The Song and the Sorrow (43 minutes)

This poignant documentary of a father-daughter relationship is the culmination of an intimate three-year journey for both filmmaker Millefiore Clarkes and the film’s subject, musician Catherine MacLellan. Set in PEI, Clarkes’ film dives deep into Catherine’s relationship with her father, legendary musician Gene MacLellan. While celebrating his musical legacy, the film unpacks both Gene’s and Catherine’s struggle with depression, and its effect on two generations of artists and their craft. The film won the award for best short documentary at the 2018 Atlantic International Film Festival in Halifax. Catherine MacLellan recently shared an original video of her performing “Everything Will Be Alright” in the music edition of our Tell Our Stories.

Watch the documentary on CBC Gem.

More great Canadian content to enjoy with your family: 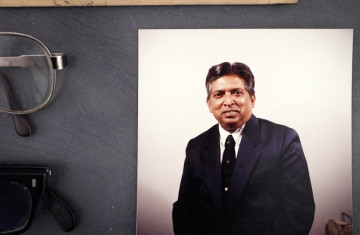 Madhukar Parab dreamed of becoming a renowned artist. But as an immigrant with a young family in 1970s Newfoundland, he had to give up on that dream in order to make ends meet. He tried a myriad different endeavours before landing on an unlikely gold mine: importing condoms from Mumbai, packaging them in Newfoundland, and selling them to local pharmacies in the province. It was a business that would eventually net him both fame and wealth. Madhukar’s colourful and adventurous spirit is perfectly captured through anecdotes told by his two sons and close friends in this short documentary.

Stand with us in the defense of Canada's cultural and economic interests.
Join our movement
Up Next
Spotlight on Black Canadians' experiences
Friendly Brief